For Anxiety, Depression and Other Emotional Disturbances 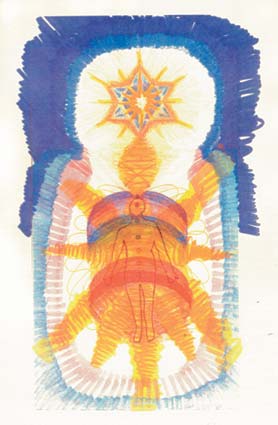 A funny thing happened to me while studying and practicing energy psychology. I made a discovery about energy system “switching.” I passed the information to my friend and chiropractor, Dr. Paul Sprieser. Dr. Sprieser then made his own discovery. We began to volley our data to each other and test and note results with our patients. We are grateful for their assistance and permission. It seems to have led to something significant.

Dr. Sprieser is well-known to many energy workers, holistic-minded students, clients and those who seek natural means to accelerate their physical healing process. Dr. Sprieser is a master of Applied Kinesiology (AK), energy flow and its effect on the body’s muscles. A thirty-plus year student of Dr. George Goodheart, Sprieser and Goodheart presently co-facilitate workshops in AK. Dr. Goodheart was named “The man with the magic fingers” in “A New Breed of Healers of the Twentieth Century,” Time Magazine, April 16, 2001. He is highly respected for his discovery and application of AK, well known as “muscle testing.” This science reveals our muscles test weak with negative energy and strong for positive energy.

AK led to the discovery of Energy Psychology. Dr. Roger Callahan, psychologist, took the basic 100-hour AK for chiropractic course with David S. Walther, D.C. and Robert M. Blaich, D.C. During one class, Dr. Callahan had a positive energy experience with Dr. Goodheart which released a life-long disturbance and inspired his book, The Five-Minute Phobia Cure, written over twenty years ago. Callahan introduced the world to the term “Thought Field Therapy” (TFT). Dr. Fred Gallo, learning the technique from Dr. Callahan, coined the phrase Energy Psychology and wrote Energy Tapping, a manual of ‘energy recipes’ that quickly relieve emotional disturbances. John Diamond, author of The Body Doesn’t Lie, says it well. Victoria Britt, John Diepold and Shiela Bender’s Evolving Thought Field Therapy, (EvTFT), incorporates muscle testing and energy balancing in their practice. Energy Psychologists seek to share these cutting-edge techniques of accelerated emotional healing for the world’s highest good. We clearly need more documented research and statistically significant studies to present to academia, but if you engage in discussions with energy psychologists about case study, you could listen for hours to fascinating stories of accelerated transformations. We can help relieve suffering in minutes that often took weeks, months and sometimes years in the past and we do need to educate the public about these accelerated methods of trauma recovery.

EvTFT calls for muscle testing all clients to assess their body’s healthy energy flow. We show clients how to correct their energy when testing indicates an abnormality or reverse flow. Without a positive flow it is almost impossible to release emotional disturbances. Over the first two-year period of practice I noted that when people rested glasses on top of their head during polarity tests their energy would “switch” or reverse its normal (North/South) flow. When I presented this information to Dr. Sprieser, it was almost as an after thought. I went to him in 2005 when I was going through a difficult time. I was practicing the ECM often and it wasn’t helping me stay calm—quite unusual for me, except that my husband had been injured in a near-fatal accident in Florida while I was living in New Jersey. We had to be apart for over three months during his recovery. I traveled to Florida every other week while working with my clients in trauma recovery and met with Dr. Sprieser often. During one of my chiropractic visits, he noted I was consistently ‘switched’ and my hips were torqued or twisted every time I met with him. Something “clicked” when I realized I was talking to my husband on the cell phone for lengthy periods of time each day and night–using a headset. It reminded me to tell Dr. Sprieser about my findings with clients switching. I told him I was advising people not to rest glasses on top of their head. Could my headset be causing the same problem?

“We’ll see,” he said. “You don’t know why this is happening; we need to take a scientific approach before making determinations.” Dr. Sprieser is absolutely correct. My intuition was guiding me but science requires proof. “The exception usually proves the rule,” he states truthfully. Science demands we test hundreds of times before making conclusions. Dr. Sprieser proceeded to test materials on my head for over an hour. He tested metal, plastic, rubber—any material he could find in the office. He placed the material over my head in all different positions and directions. When placing any material in one specific location, my hips twisted and my energy switched. He would adjust my hips again and place something else overhead whereby my hips immediately torqued again. When any object covered one ‘hot spot’ on my head, the hips would automatically twist without touching them! He called out to his wife Priscilla in the outer office, “Come here and look at this please!” Mrs. Sprieser witnessed my hips shift after each adjustment simply by Dr. Sprieser placing an object over my head! They both looked on in amazement.

Testing the eighteenth patient provided Dr. Sprieser with the interesting exception. She also gave us clues to understanding the phenomenon. One of seven hundred forty-three patients tested, this person performed energy work for a living. She happened to tap on her head every day because she learned that tapping certain pressure points is good for your health. At first Dr. Sprieser thought the switching was due to an obstruction of four essential pathways of energy that intersect at the top of the head. But after further testing, he came to a more accurate conclusion that will be published in his professional chiropractic journal (ICAK Research).

Dr. Sprieser found the switch occurs instantly when Bladder 6’s two key pressure points are touched simultaneously on both sides of the head (with placement of headphones, headbands, eyeglasses, etc.) Objects that cover both Bladder 6 meridian points at once are the culprit. Thankfully, he also discovered that tapping 20-30 seconds on three key governing vessel treatment points simultaneously (GV 24.5 between the eyes, GV 24 on the hairline, and GV 21 at the center top of the head) prevents switching—but only after the hips are straight or the torque is corrected. Dr. Sprieser and I contemplated how people could adjust themselves. Through experimentation, I discovered I could adjust my torqued hip by placing a wedge under my non-dominant hip (buttock), place my hands above and below the affected dominant hip, inhale and rock up, exhale and rock down while pushing down on my dominant hip. Dr. Sprieser witnessed my self-correction and confirmed it with his own testing methods. He noted a positive result after the self-adjustment—my hips were straight and my energy flowed correctly. “When the body is straight, the mind is straight; when the body is twisted, the mind gets twisted,” remarks Dr. Sprieser. How simple and how profound. We cannot separate body, mind or spirit; it works as one. Since then, I’ve shown this technique to all my clients. They self-adjust and I muscle test to assess a positive correction before they tap their three head points to keep their energy set positively. (See illustration page 12.) We affirm “conceive, believe, achieve” as we tap to reinforce the positive self-cognition needed at that moment. (Tap all three together.)

Between sessions my clients report feeling calmer longer. Dr. Sprieser’s testing results are similar. He is finding that his clients keep their adjustments longer. It is important to be aware of this seemingly innocuous habit of placing objects over our head—glasses, headsets, headphones, etc. Testing to date shows it causes a massive reversal of energy in our body. A simple correction prevents the switching.

(see page 11 of book for illustration)

A time will come when science will make tremendous advances because people will have at their command great spiritual powers which at the present are seldom used. The art of spiritual healing will be increasingly developed and universally used.

Gustaf Stromberg Astronomer, Author, The Soul of the Universe (1940)

When the solution is simple, God is answering.

It is still the best to concern oneself with eternals, for from them alone flows the spirit that can restore peace and serenity to the world of humans.